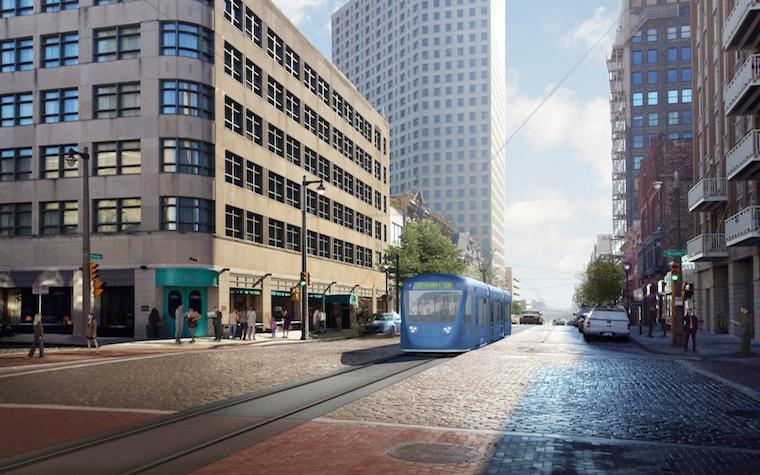 Milwaukee recently submitted a request for proposals for four streetcars to create a downtown transportation system that could be up and running as soon as the first quarter of 2018.

The economic impact of the project could be major, Milwaukee Common Council Alderman Robert Bauman said in a telephone interview  with TI News Daily.

“The main objective of our streetcar project is economic development,” Bauman said. “We think it will add significantly to the value of downtown real estate and development.”

Projections by the city estimate that the project could translate into billions of dollars of new tax base from downtown commercial properties, office buildings and hotels. It could create 9,000 new housing units that could accommodate 13,500 new residents; and add 1 million square feet of new retail space, 4 million square feet of new office space and approximately 20,500 new jobs along the streetcar corridor.

The streetcar network, which was inspired by Portland, Oregon’s streetcar system, provides a modern way for people to connect with their jobs, homes and entertainment destinations. In addition, the system is expected to promote development, raising property values and attracting businesses to downtown Milwaukee.

The initial route is 2.1 miles beginning at the Milwaukee Amtrak Station at St. Paul Avenue and Fourth Street. The cars will travel east on St. Paul, then turn north to the east side of downtown. They then will run through a residential area, and the line will terminate at the lakefront just northeast of downtown.

An extension to the route is under discussion. If the measure passes, the route would be increased by a half a mile for a total length of 5 miles round trip.

Bauman said the project will create between 500 to 600 construction, vendor and consulting jobs, plus an additional 500 to 600 support jobs.

The new system also will link to areas that are not linked by current downtown public transportation.

“This will serve the last mile function for those who travel to Milwaukee by rail,” Bauman said, adding that once travelers are at the Amtrak station they can connect to major downtown destinations.

The projected cost to ride the streetcar one way is $1. The final decision on fares is pending.

The cars will run on electricity, making them environmentally friendly. Each of the four cars has a total capacity of 150 passengers (including standing room), depending on what type of cars the council ultimately decides to purchase.