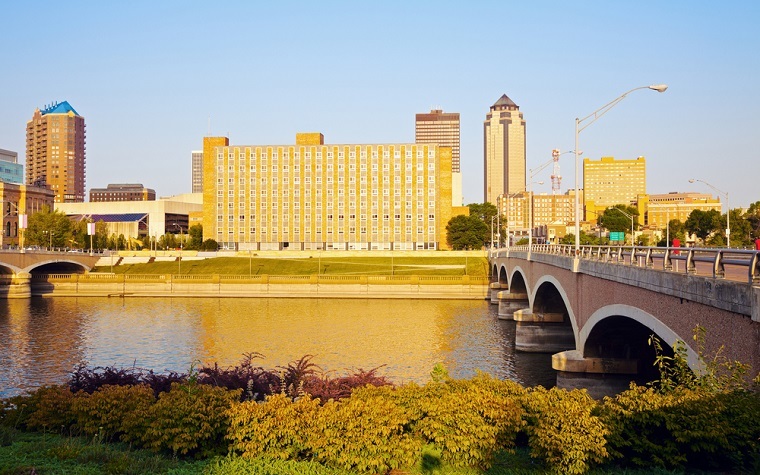 Infrastructure Week brings together thousands of stakeholders nationwide to underscore the importance of investing in America’s infrastructure and to encourage Congress to act on a long-term transportation bill. Foxx said Des Moines needs federal help to connect travelers on its Martin Luther King Parkway to jobs.

The SE Connector is a crucial element in a series of infrastructure enhancements for southeast Des Moines, an enterprise zone area in need of new investment and development. When completed, the project will extend the existing Martin Luther King Boulevard from Des Moines’ central business district east to U.S. Highway 65.

The current 2,78-mile phase of the SE Connector, which began in 2013, will extend the road east to Southeast 30th Street. The current project phase is expected to be finished by the fall of 2016 at an estimated cost $51 million, including $24 million in federal funds. Approximately $70 million in additional funding is needed to complete the second phase of the project, which will extend the parkway an additional 2.5 miles to U.S. 65.

“Improving infrastructure can lead to more economic growth but it requires an investment in our future – the kind of investment we can provide if Congress passes the President’s GROW AMERICA Act," Foxx said.

The GROW AMERICA Act, which President Barack Obama's administration announced this year, is a $478 billion, six-year surface transportation reauthorization proposal that would make critical investments in roads, bridges and other infrastructure needed to promote long-term economic growth, enhance safety and efficiency, and support jobs well into the 21st century. Under the Act, Iowa would receive $633.4 million for highway and transit projects.