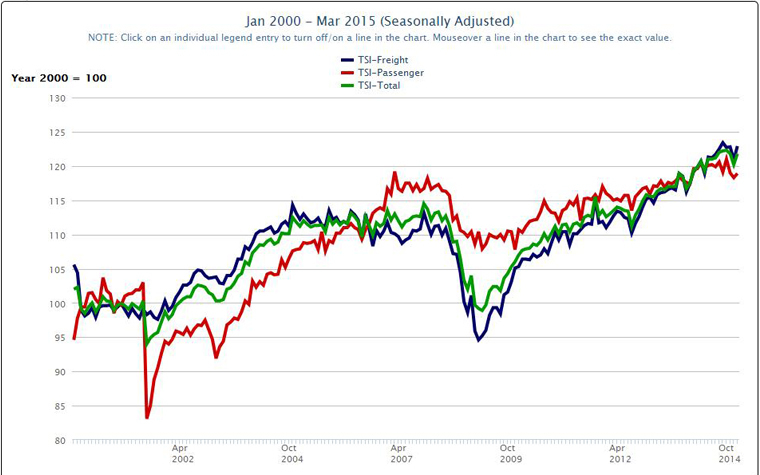 The BTS releases a TSI report for every month, sharing transportation activity relating to both passenger and freight shipments.

The TSI is an accurate indicator of economic activity in the U.S. When activity falls on the freight portion of the TSI, it is often indicative of slowing economic growth while decreases in passenger activity can be a precursor to economic contraction, according to the report.

For instance, the data shows declines in both freight and passenger activity during the recession between 2007 and 2009, and it indicates high levels of both types in recent months.

November 2014 was a record-breaking month in terms of freight shipments, the report showed; March data has been fairly close to record highs at the end of 2014, despite weather related slowdowns that occurred in the winter.

From 2009 to the present, passenger activity has increased by approximately 10 percent.