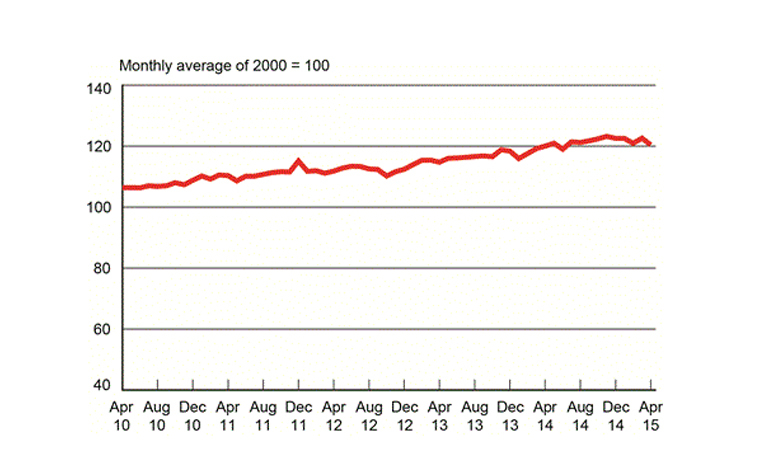 The TSI indicated that freight shipments within the for-hire transportation industry fell by 1.8 percent compared to March. This follows an increase of activity between February and March. The April index was at 120.4. Compared with this point last year, shipments are down by 1.7 percent.

The bureau said that declines in trucking and pipeline transport were the largest among modes of transport. These along with minor drops in rail and car load transport are thought to be the reason for the index decline.

Since this data has been recorded, an all-time low was reached in April 2009 and the all-time high was reached in November 2014. This April was 27.2 percent higher than the index reported in 2009.

The TSI for passengers saw little change between March and April.

The TSI measures monthly changes in the for-hire transportation industry dealing with both passenger and freight travel. Paired with other economic information, it is a useful tool in determining the overall health of the nation's economy. It also provides information necessary for the relationship between changes in gross domestic product and output of transportation services.