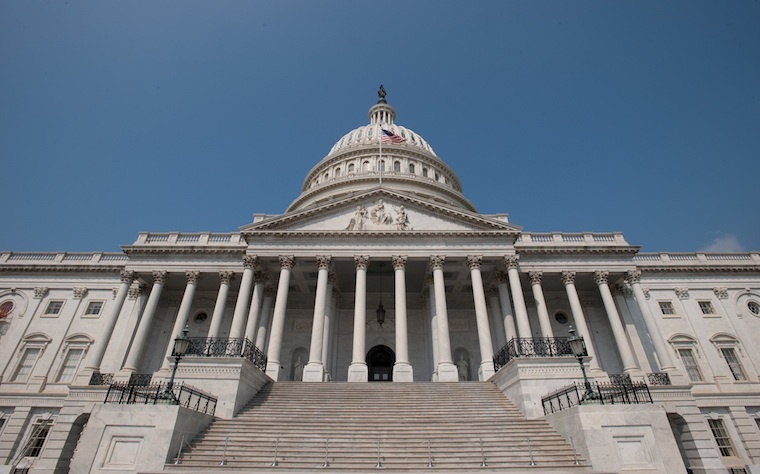 Congress could vote on a six-year transportation package that includes a three-month extension to the Highway Trust Fund as early as Wednesday, transportation industry sources tell TI News Daily.

Bailey Wood, a spokesperson with the National Stone, Sand and Gravel Association said he anticipates the Senate will pass the six-year bill, possibly Wednesday, and then package into the deal a three-month extension to the Highway Trust Fund.

Authorization for the Highway Trust Fund is due to expire this week. However, Wood said, “House members say they ‘plan’ going into recess at 5 p.m. today and are already booking plane tickets home.”

The bill, called the DRIVE Act is sponsored by Jim Inhofe, R-Okla., and was introduced June 23.

The bipartisan legislation is from the Senate Environment and Public Works Committee to fund the upkeep and expansion of the nation’s roads, highways and bridges. While the bill is an increase over its predecessor, MAP-21, the necessary funding sources require the Senate Finance Committee to act.

Several pieces of legislation have been floated through Congress over the years to properly fund the Highway Trust Fund.

Congressman Lou Barletta, R-Pa., cosponsored HR 1846, the Bridge to Sustainable Infrastructure Act, and has said he will no longer vote in favor of patching the fund. While Barletta’s legislation isn’t dead, he said it needs more cosponsors to get it to the Ways and Means Committee.

The legislation, proposed by Reps. Jim Renacci, R-Ohio, Bill Pascrell, D-N.J., Reid Ribble, R-Wis., and Dan Lipinski, D-Ill., if passed, would index gas and diesel user fees to inflation. Additionally, the legislation calls for the creation of a bipartisan, bicameral Transportation Commission no later than Sept. 1, 2015.

Funding through the Highway Trust Fund comes from the federal gas tax, that hasn’t been raised since 1993. Some industry stakeholders, such as AAA, favor an increase in the federal gas taxing order to keep up with inflation while detractors argue fuel-efficient cars and the growing popularity of hybrids no longer make a tax increase viable solution.

The lack of funding has created an environment for creativity. Several states over the course of the last several years have raised the state fuel taxes to make up the difference for a lack of federal funding; others have postponed, delayed or extended projects across multiple construction seasons.

On July 1, Oregon DOT launched OReGO, the nation’s first pay-per-mile charging system. The pilot program offers participants the ability to pay 1.5 cents per mile while driving in Oregon, and receive a credit on their bill for $0.30 per-gallon state gas tax paid at the pump.

The program was inspired by the popularity of fuel-efficient cars. While that is good news for the environment, program supporters say, it also means Oregon's fuel tax revenue keeps shrinking, leaving less available each year for highway maintenance and construction.

The proposal would create new revenue and give U.S. companies the ability to fill the void of highly skilled employees by increase the number of visas issued, the authors said. The authors suggest the increase in the tax base could be used to bump up the Highway Trust Fund.