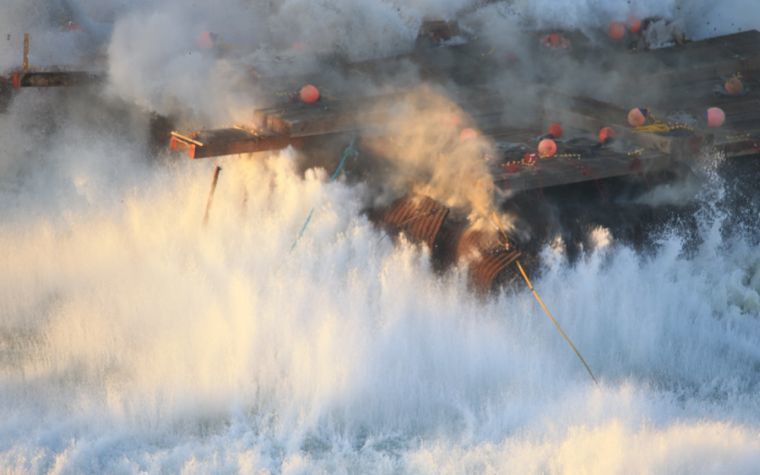 A series of small charges, referred to as a "bubble curtain," rather than large explosives was used to implode the bridge. The bubble curtain system allowed the pier to collapse into voids within its foundation, minimizing environmental impact.

Before the pier implosion, marine-mammal scientists searched the area to identify nearby areas frequented by sea lions,elephant seals, harbor seals, whales and harbor porpoises. The scientists ensured none of the creatures were harmed or stranded during or after the implosion.

An air cannon and foghorn blasts just before the bridge implosion scared birds out of the area to prevent harm to the creatures.

Fish were also studied to ensure that none nearby would be affected by the pier implosion. Initial reviews showed that none of the fish, even as near as 150 feet from the project site, were killed. Another study that collected fish in trawling nets indicated no harm done to fish species.

Thorough findings regarding the environmental impact of the implosion will be released in upcoming weeks.