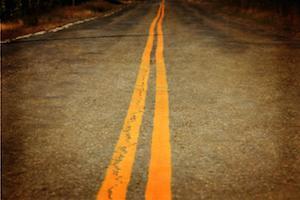 The Washington State Department of Transportation (WSDOT) said this week that it is holding a public meeting on Wednesday, March 2, to gather feedback from the Colfax community about passing lanes being added to U.S. 195 between Colfax and Spangle.

WSDOT staff will attend the meeting to present and discuss ideas about the project. They also want to receive feedback from local drivers about the location of the future passing lanes.

The meeting will include presentations about the project, potential locations for the lanes and the results of an analysis about the crash rates on the corridor. The stakeholder group will use the feedback to discuss its options for the project.

The project, scheduled for 2017, involves up to six new passing lanes.

Recent data indicates that adding passing lanes to rural two-lane roads decreases collisions by approximately 42 percent. Since 2013, this data, as well as information from communities and emergency responders, has been gathered for the U.S. 195 Corridor Crash Analysis, which said there is a significant need for new passing lanes in this specific portion of U.S. 195.

Residents also will be asked to offer feedback about the U.S. 195 corridor between Pullman and Spangle and the Route 26 corridor between Colfax and Hatton, where future projects are under consideration.