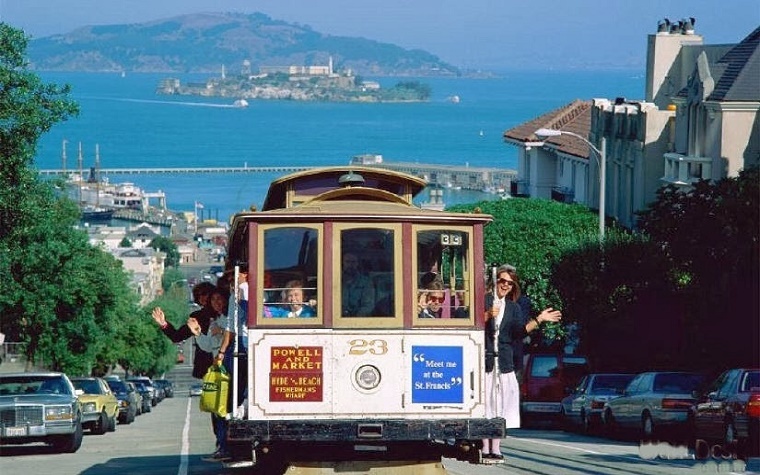 Contributed photo
March is Women's History Month, and Amber Jones made some history of her own when she recently became the third woman to ever be certified as a cable grip for the San Francisco Municipal Transportation Agency's (SFMTA) cable-car fleet.

Jones, who has been with SFMTA since 2008, follows in the footsteps of Fannie Barnes, the line's first female cable grip, who retired in 2002, and the second woman to ever earn the certification, Willa Johnson.

“It's such a fun and exciting opportunity to work in a position where I get to show off such an amazing city I call home," Jones said. " I’m very proud and honored to be the third woman in history to drive a cable car in my hometown. San Francisco is such a diverse city, with ample space and opportunity for goals to be reached and records to be broken for any race, gender or age, and I'm happy to be a part of its history.”

The cable-car line has been running for 143 years and has become a recognizable symbol for San Francisco.

"I’m proud of Amber Jones,” San Francisco Mayor Ed Lee said. “Amber is a role model for women in public service and will be an inspiration for other women looking to become cable-car operators.”

“Our cable car operators are ambassadors for this city and carry on a legacy that has served this city well," Reiskin said. "Ms. Jones’ certification is a tremendous accomplishment for herself, this agency and for upcoming women operators who hope to one day follow in her footsteps.”