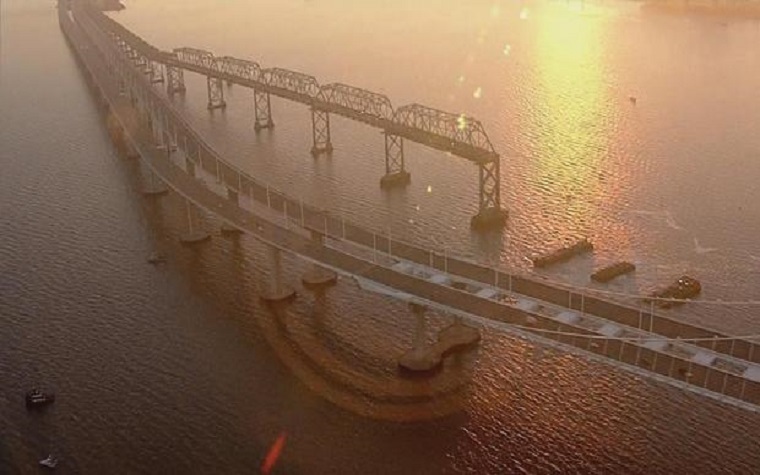 Caltrans crews developed a $140 million plan that would bring down two piers this fall if the plan is approved by the TBPOC. These blasts would be followed by smaller implosions – six in 2017 and seven in 2018.

The Old Bay Bridge was completed in 1936. It is more than a mile long and includes a 2,500-ton steel truss, which was lowered in February.

“(The) truss lowering was a textbook example of good engineering and safe construction practices,” Dan McElhinney, Caltrans' chief deputy district director for the Bay Area, said. “November’s implosion was a model of environmental stewardship that we would like to replicate as we finish the job of removing the old bridge.”

A time-lapse video of the truss removal can be viewed online at https://www.youtube.com/watch?v=egfnNMBhN6k&feature=youtu.be