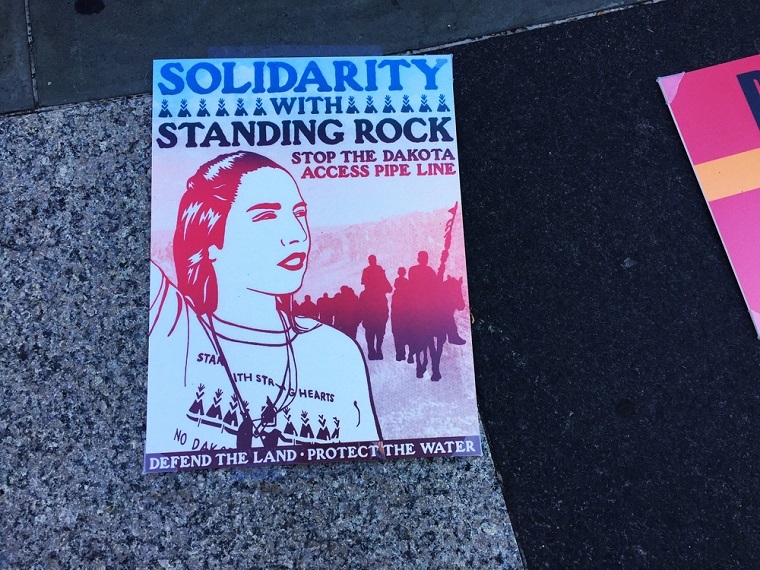 NYCStock/Shutterstock.com
Meetings arranged by the Department of Justice have “unquestionably failed” to diffuse tensions in North Dakota, according to the sheriff of a county where protests against the completion of the Dakota Access Pipeline are concentrated.

Sheriff Kyle Kirchmeier, of Morton County, was one of 12 law enforcement agency leaders to sign a strongly worded letter to President Obama, expressing their frustration at what they believe is the lack of support from the federal government.

Following months of protest against the pipeline, which was being built to transport crude oil from the Bakken Field in North Dakota to Illinois, the U.S. Army Corps of Engineers withdrew its approval for the construction under the Missouri River.

“The federal government’s response to the events in our community has been appalling, and it is abundantly clear they have no interest in helping the citizens of North Dakota,” Kirchmeier and the other officials said in the letter.

While the White House has not responded to the letter, sent on Dec. 9, a spokesman for the Justice Department issued a statement acknowledging it was received and that the administration is aware of the concerns.

Kirchmeier, in a detailed statement given to TI Daily News, said any "dialogue" with officials hasn't been successful.

“The meetings arranged by the Department of Justice have unquestionably failed to achieve their stated goal of ‘diffusing tensions’ in our community," noted the statement.

“These tactics seem more focused on, as President Obama said on November 1st, letting the protest situation here ‘play out’ than on actually helping the citizens of Morton County and North Dakota.

“What we want is action, not words," the statement said. "We have asked repeatedly that the federal law enforcement help by removing the most radical and violent protesters from the Corps of Engineers' federal lands they have made camp on.”

The letter was drawn up after deep frustration was expressed at meetings attended by  North Dakota law enforcement officials. Kirchmeier said law enforcement identified protesters that presented a “serious threat to private property, lawful commerce and our citizens.”

Standing Rock tribal officials agreed that this is the case, the Kirchmeier said.

“Our local law enforcement is stretched beyond our capacity to appropriately respond to these events, and only in Washington, D.C., would facilitating meetings be considered “action” in response to the kind of aggression our law enforcement officers and North Dakota citizens have had to face over these past months.” Kirchmeier said.

Hornbuckle, in a statement issued to the Associated Press, said Lynch has said it is “imperative that all parties express their views peacefully and join us in support of a deliberate and reasonable process for de-escalation and healing.”

Lynch spoke with Kirchmeier and the Standing Rock Sioux Tribal chairman, and they discussed ways to reduce the potential for violence and to begin a dialogue that fosters mutual understanding and public safety, Hornbuckle said.

However, Kirchmeier and the other law enforcement officials came away frustrated.

“Frankly, our federal leaders should be ashamed of their lack of response to a dangerous crisis currently in progress on their own soil," their statement said. "Each day, this lack of response only serves to empower criminal protestors and support lawlessness in the name of a radical political agenda.”